A trip to the countryside house and "Ut och njut" 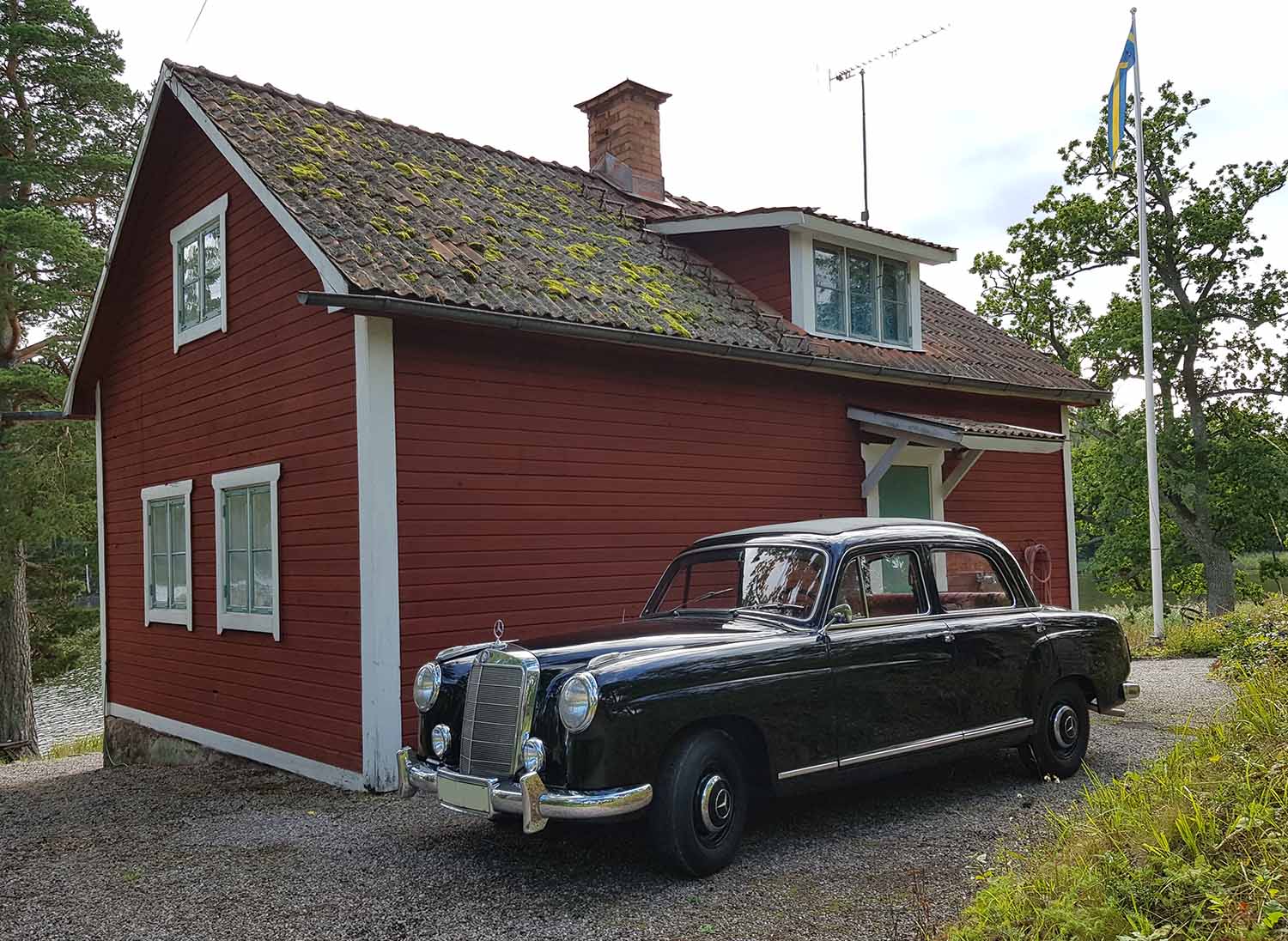 The Mercedes-Benz model W105 parked at our old countryside house 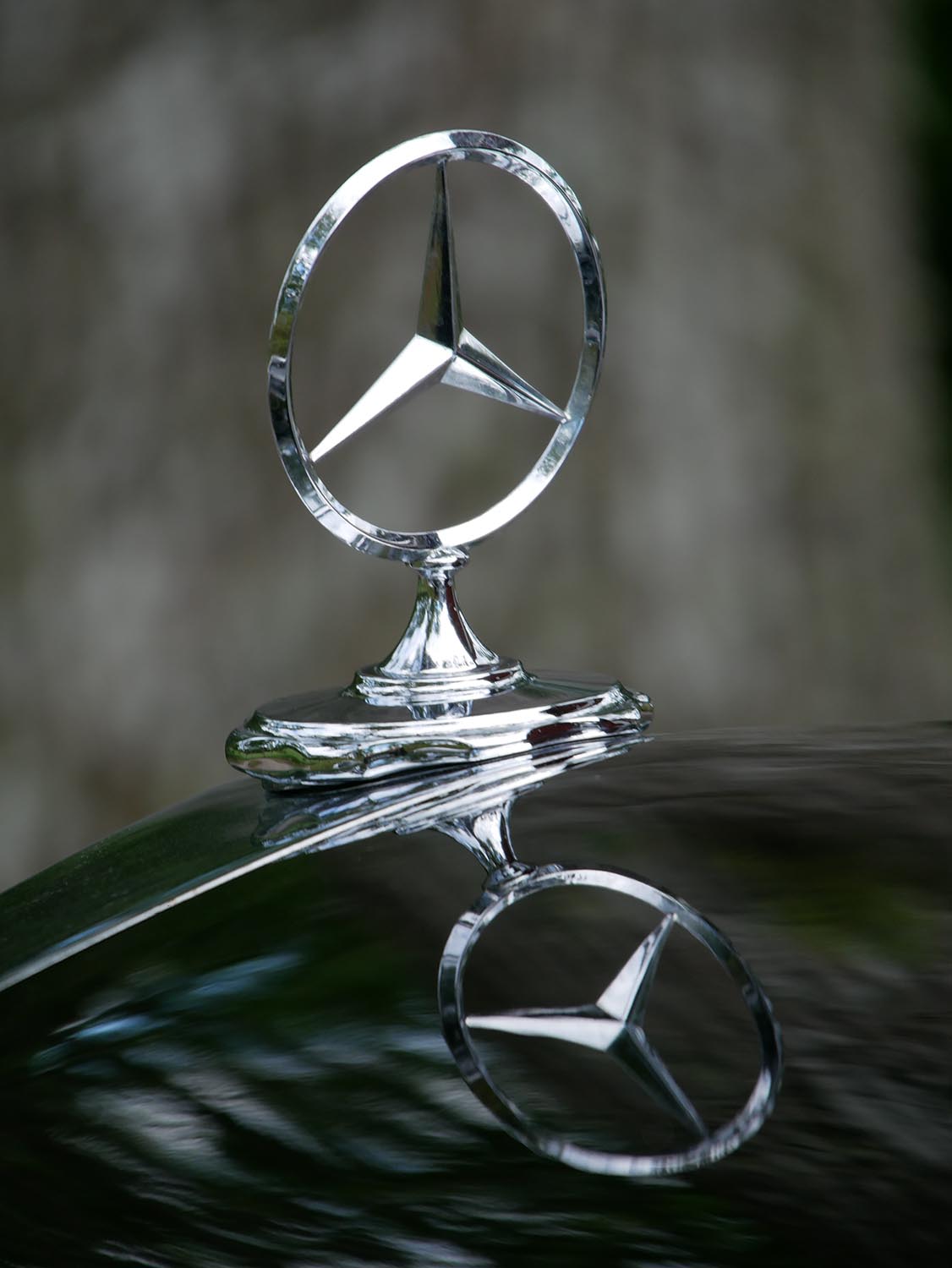 Eskilstuna and its surroundings are the Ponton’s childhood home since my father grew up here. My grandfather built the countryside house you see in these pictures 1925 (or if it was 1926, I have forgotten). The real estate has been taken over by one of my sisters, Kristina. I will follow up with a blog entry with some historic pictures from the house. 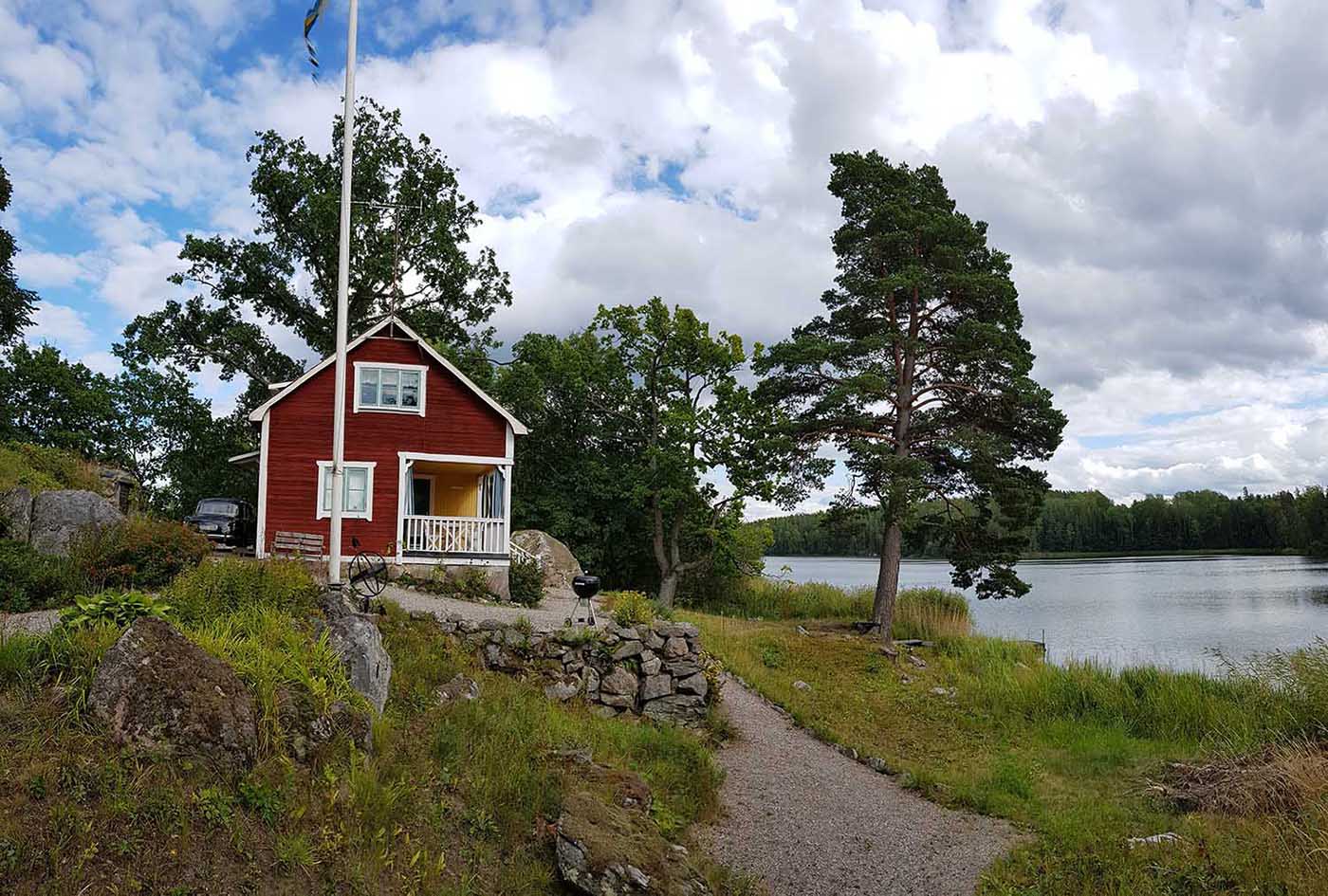 Jewel parked behind the countryside house

My other sister and her husband, Gunilla and Ola, has bought a house in the small village nearby. You will find old pictures of my sisters and the Ponton here, Some more....

The jewel parked beside the countryside house, my mother enjoying the silence

You can also find a picture of this place on another page, Air ducts (83), from the early days of the Ponton restoration. 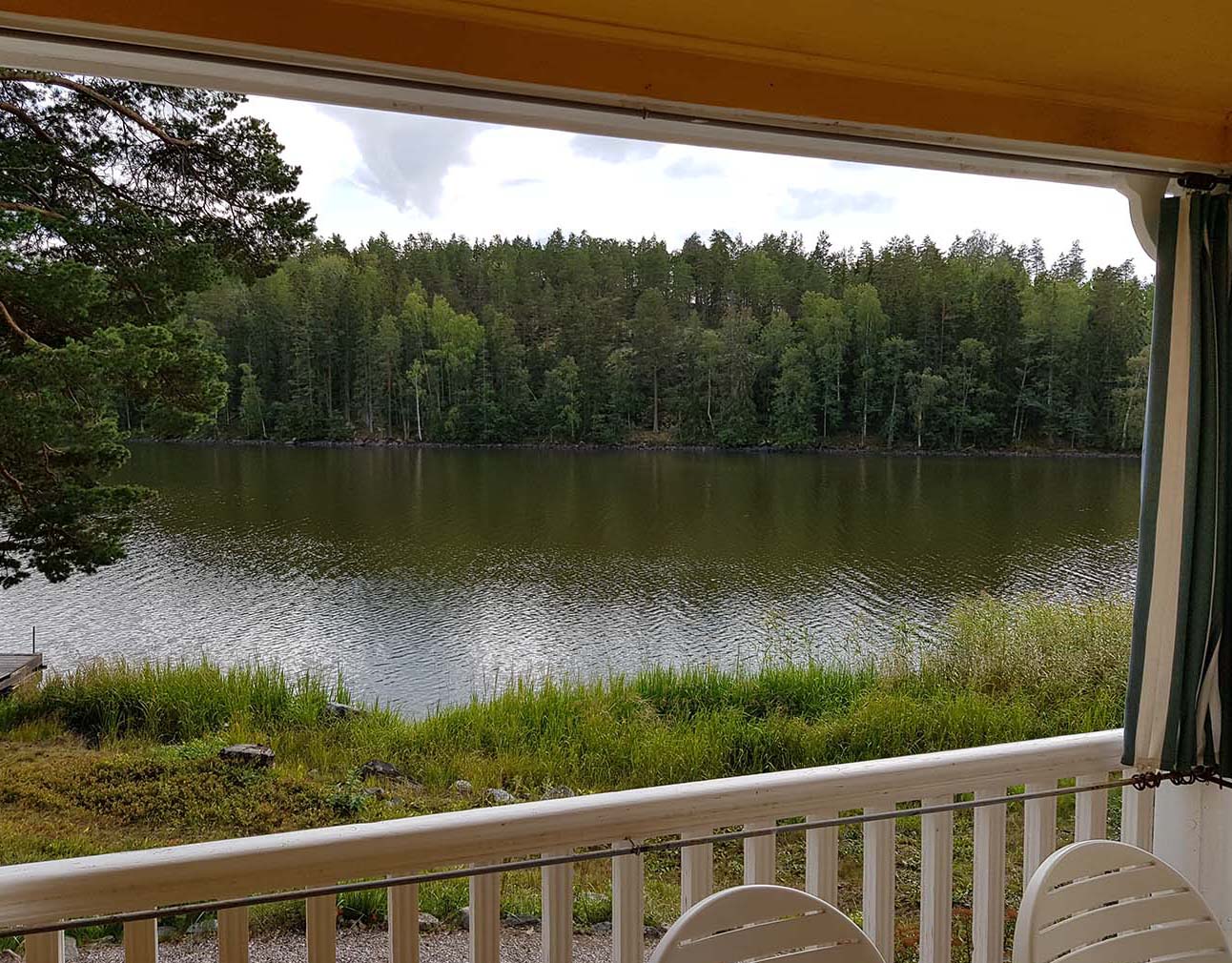 The balcony of the countryside house

This was the first time in close to 30 years the Ponton visited this house and stood parked as she was in the early years of her life.

The Ponton parked at the old countryside house

Here you can find many traces from me and my childhood, e.g. the electrical cabinet which I sometimes used as a target for practice shooting with my father’s old air rifle, brand Diana and, I believe, model 20.

The target for my practice shooting, an electrical cabinet

I’m not sure my father, or the guys from the electricity company appreciated it, but the sound of a hit was rewarding. And you couldn't miss...

Early the day after, 8 September 2019, we went out on a long trip, from the deep woods of Sörmland

, and then, together with the Mercedes-Benz Klubben Sverige

, out into the archipelago. Each autumn the club has an activity called “Ut och njut” (Swedish for “Get out and enjoy”).

The beach at our old countryside house

This time it started in Täby. Via a lot of small, curvy roads through Roslagen (a short must-read-article since it also gives you the background to how two important countries in Europe got their name from this area during the Viking period, https://en.wikipedia.org/wiki/Roslagen 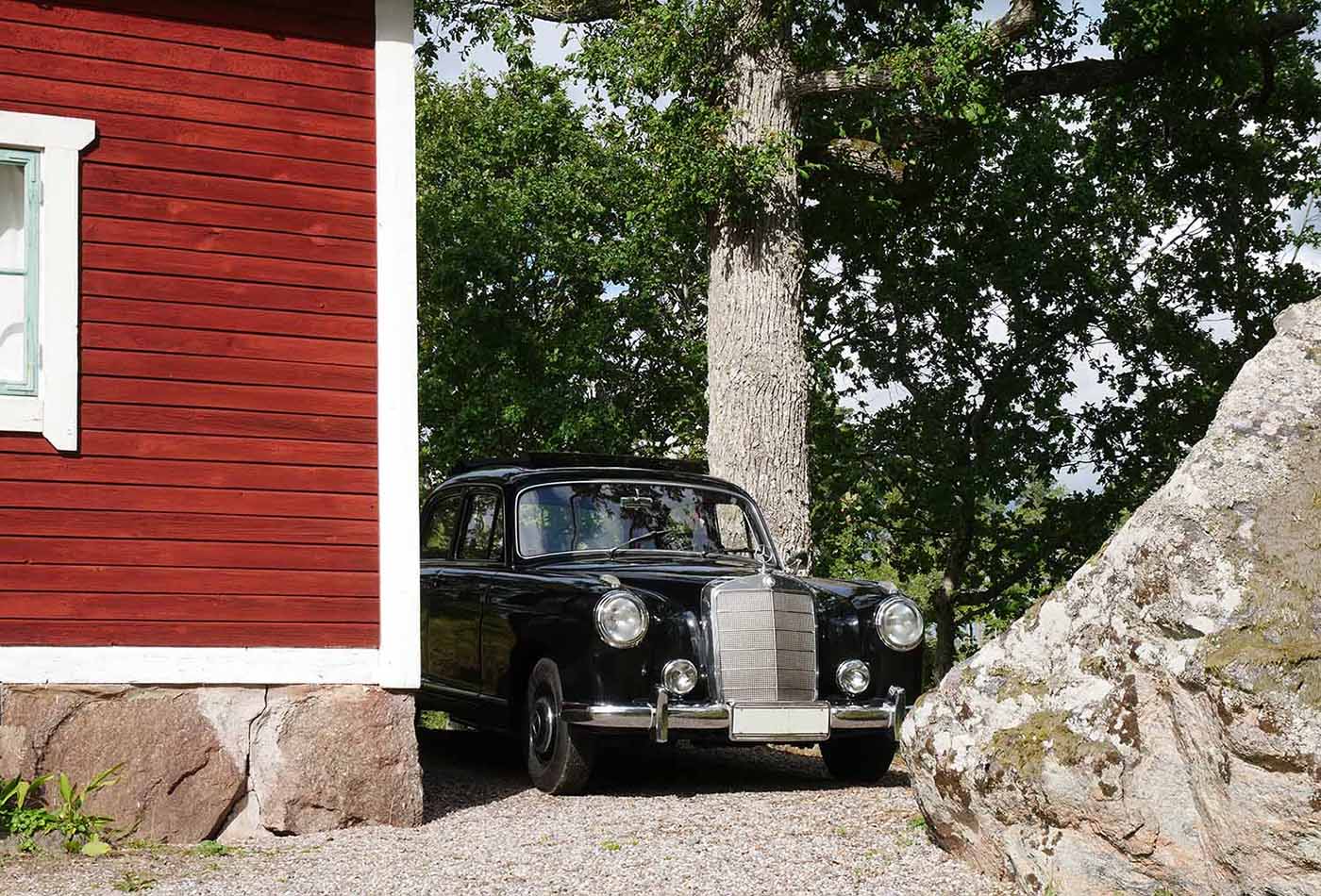 The Ponton parked beside our old countryside house

This museum is a hidden gem, exhibiting Roslagen’s shipping history, from the Viking era to modern times. The so called “Rospiggarna

” have been very present on the Baltic and the seven seas, something which I had no idea about. Unfortunately, I have no pictures from this trip except this one: 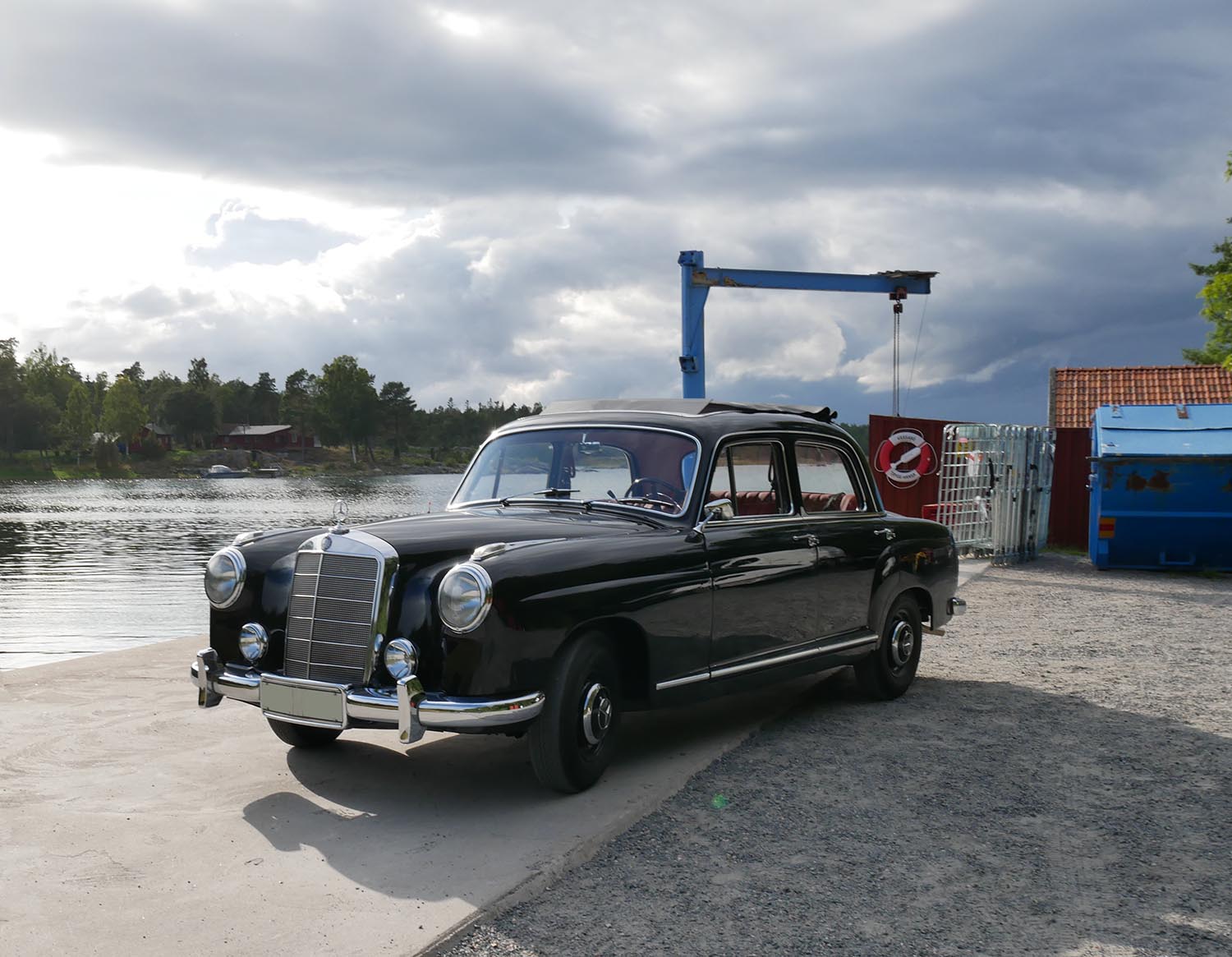 At the northern tip of Singö

. During a period, he was, among other things during his naval career, diving leader (?) for Marinkommando ost

which means he worked in the area where this museum is.