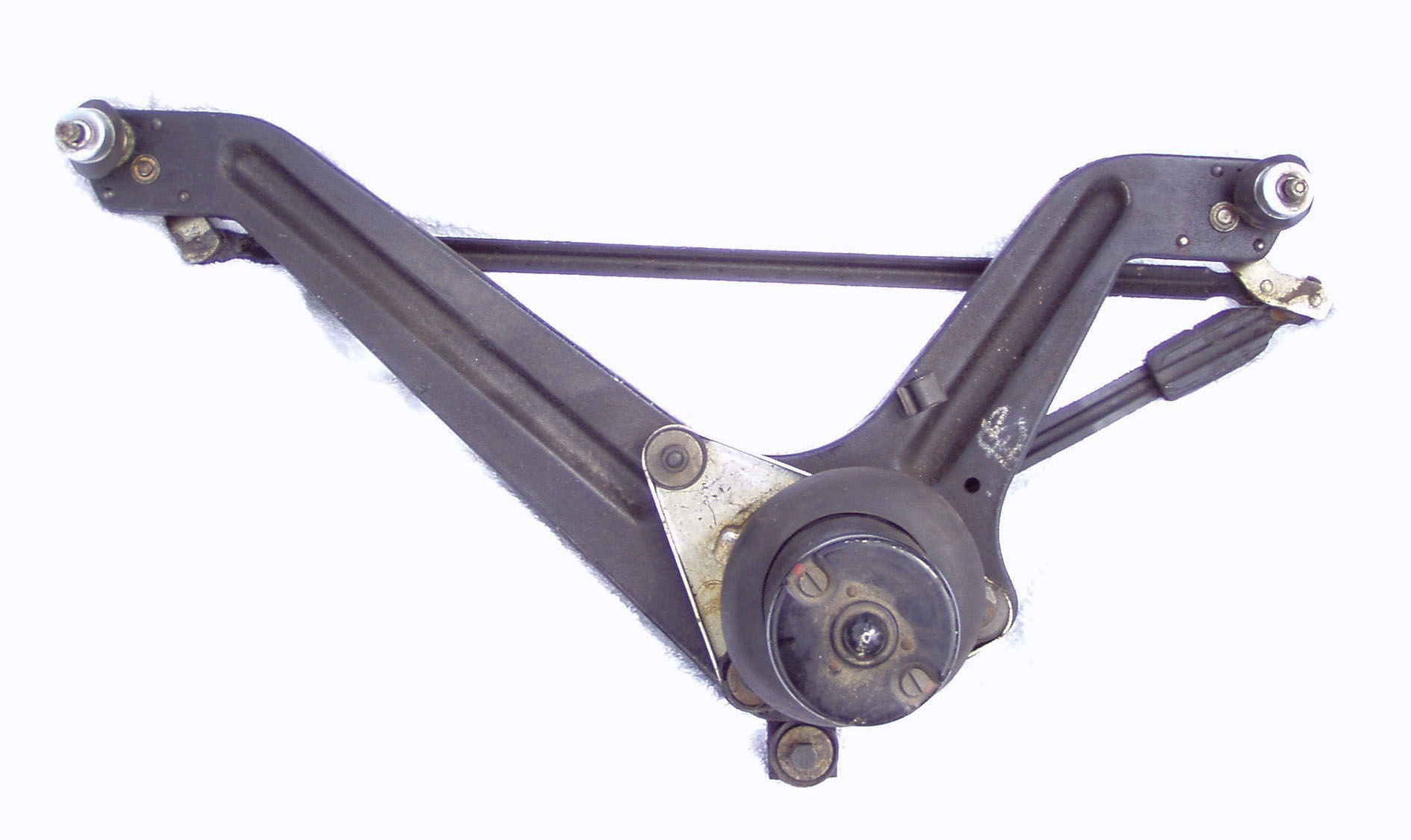 Windscreen wipers for a Ponton

See also the end of the "Instruments and switches" article for short write-up of the work I did on the pull switch that regulates the wiper and the washer.

The status of the wiper system was good. I disassembled it and cleaned, repainted the plate as well as driving and coupling rods.

The engine was cleaned, checked and I repainted the semi-gloss black housing and had the screws, washers etc were re-plated.

The transmission housings were cleaned up, one of the shafts was replaced, due to a smaller rust attack, with a used one in very good shape. Nuts etc were re-plated and all rubber parts were replaced. With “all rubber parts” I mean the two big ones under the chromed caps as well as two small sealings positioned under the chromed caps. I’m not sure they are original but may have been put there by my father. They however seem to work as intended and there is space for them in the cap. You can see it in one of the pictures below.

I had one problem with the assembly of shaft with its bearing (#7 in drawing below). Under the bearing there is a corrugated washer, 0,7mm thick with inner diameter 17,3mm and outer 22,0mm. I had only one and that already when I took the transmissions apart. This washer seemed to be impossible to find, new or used. Spent a lot of time on it but finally find it in my “good-to-have-washers-box”. Sigh…

The transmissions were riveted with aluminum rivets and the motor was mounted with new vibration dampening rubber washers.

The car was not delivered with the windscreen washer, only with wipers (see Why it became a Mercedes Ponton )! But since a lot of roads in Sweden still were gravel roads, and we also have the wet, dirty and salty winter roads, he quickly realized a washer was needed. The only thing I “know” about this is that he used an electric pump for Volvo PV and that he was very proud of his mounting of the chromed wind screen washer spray nozzles under the the hood so that they were invisible. The jar, of brand Trico, I have no idea where he found and why he chose that. I'm fully aware that this installation is not “original”, but it belongs to this car.

The lid was in a rather bad shape. Unfortunately, I haven't been able to find a replacement but with some putty and an intense and careful sanding together with semi-gloss black 2k paint it looks like new. All things belonging to the tube etc was polished or replaced. The bracket was re-plated.

The motor I had a Bosch company go through since it only worked intermittently. After that it was only to clean up, level all surfaces in the pump part and replace the rubber gasket with a new, home made one. Equally simple it was to restore the spray nozzles; polished them, had them re-chromed and fitted with new rubber washers.

You'll find the work around the pull switch for the wiper and washer under chapter Switches in Instruments and switches.